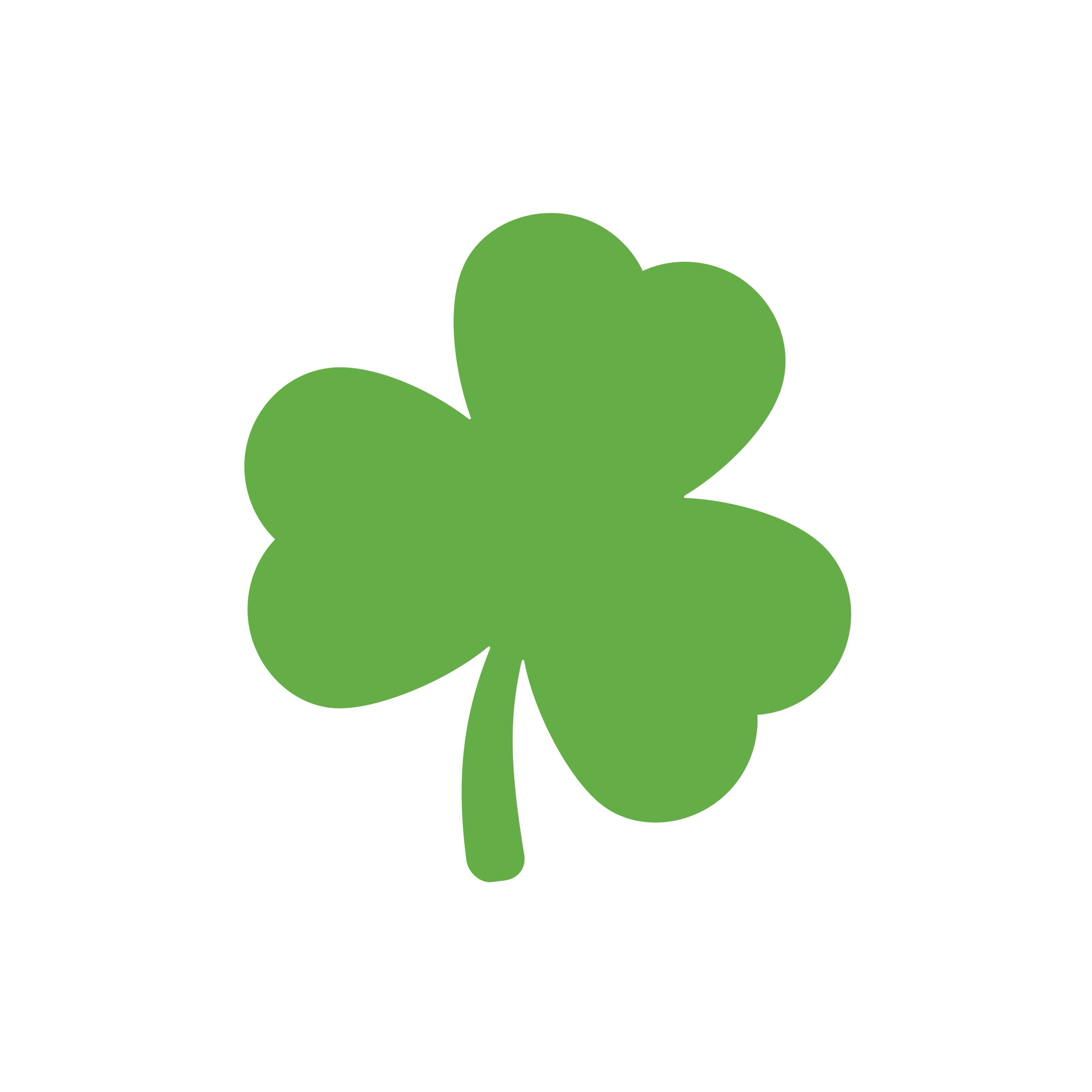 Međugorje
A sanctuary between mountains for pilgrims around the world.
Learn more
Split
The second largest city in Croatia and home to Diocletian's Palace.
Learn more
Makarska
One of the most beautiful cities in the Dalmatia region with a number of beautiful beaches, pine trees, sparkling water and peaceful bays.
Learn more
Dubrovnik
Dubrovnik, often referred to as "the pearl of the Adriatic", is a city of awe-inspiring beauty, fascinating history and an amazingly preserved Old Town.
Learn more
Kravice
Kravica waterfall is a large cascade on the Trebižat River, in the karstic heartland of Herzegovina.
Learn more
Mostar
The cultural and economic capital of the Herzegovina region with the Old Town and Old Bridge being the most recognizable touristic features.
Learn more
Sarajevo
Sarajevo is the largest and capital city of Bosnia and Herzegovina and a well known culture center of Southeast Europe.
Learn More

Paddy Travel is a travel agency established in 1993 with the office in the centre of Medjugorje.

We mainly arrange transport, tours and pilgrimages in Croatia and Bosnia and Herzegovina. We also have had experience delivering these services all across Europe. Our other services include reserving accommodation, employing guide services, sale of airline and ferry tickets, visa application assistance, giving helpful information and more.

With over 25 years of experience, you can rely on us to provide one of the best travel experiences our region can offer.

Since the 1981 apparitions of the Virgin Mary that continue to this day, Medjugorje has transformed from a modest tobacco planting village in communist Yugoslavia to a thriving shrine, a beacon of hope and peace.

Pilgrims of many backgrounds venture here seeking spiritual guidance, redemption, rest and inner peace. Medjugorje is famous for its monthly message received from our Blessed Mother, its thousands of conversions and healings, and the hosting of the International Youth Festival every year from the 1st of August to the 6th of August since 1989.

Millions of catholics visit Medjugorje every year to attend the Youth Festival, take part in the pilgrimage program and the apparitions. 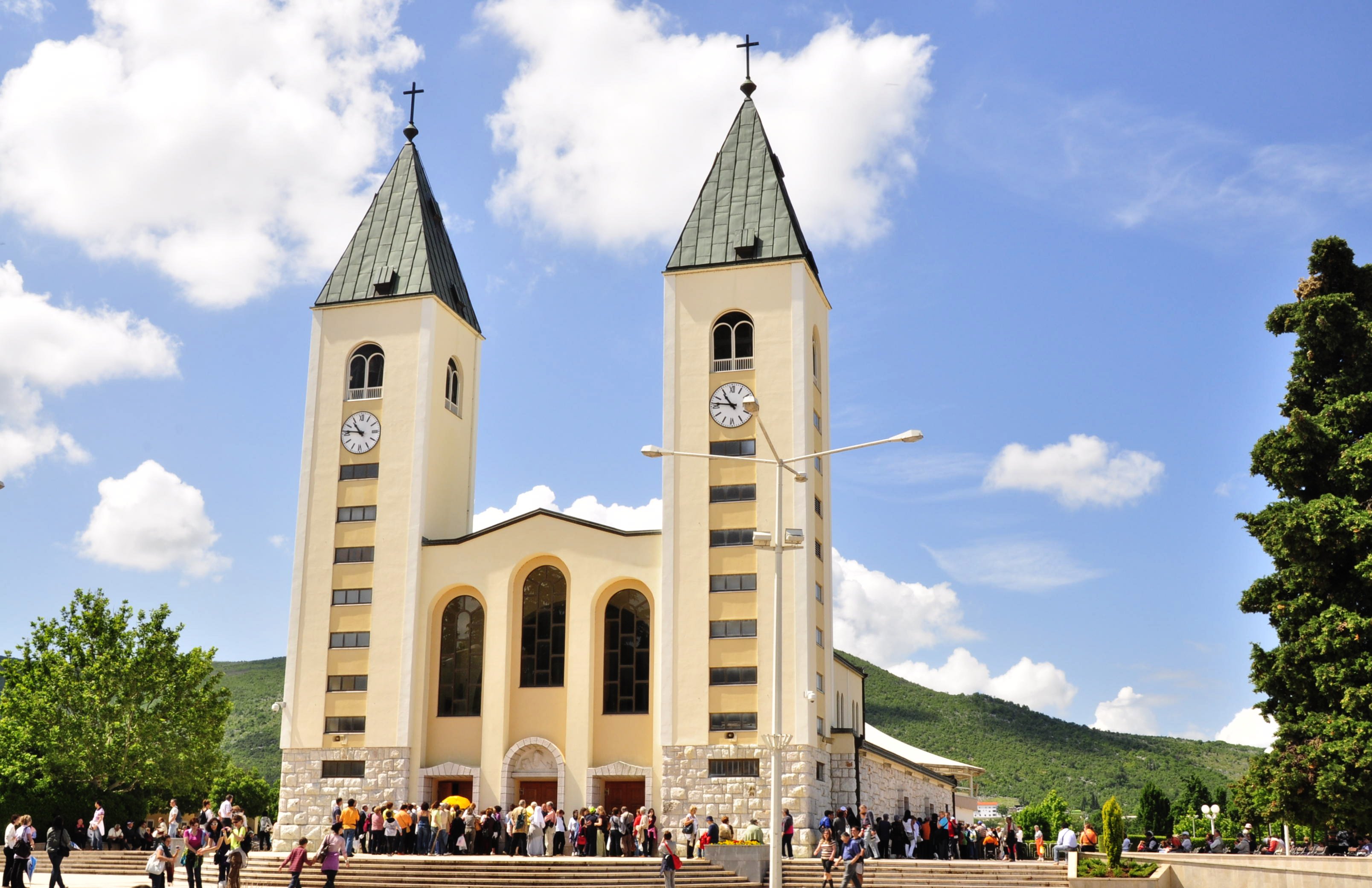 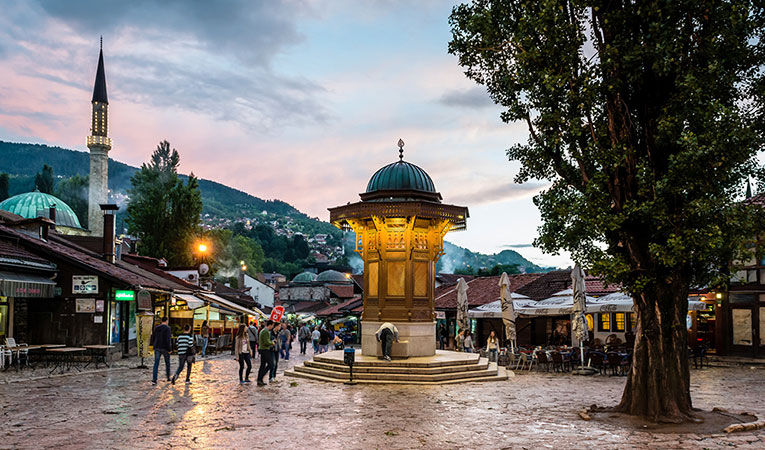 Sarajevo is the largest city in Bosnia and Herzegovina and a well-known culture centre of Southeast Europe. It is one of the few European cities that have a mosque, a synagogue, an orthodox and catholic church within the same neighborhood.

The most popular tourist locations include the Baščaršija, Sarajevo’s historical and cultural city center, and the Tunnel of Hope, the war tunnel used during the siege of Sarajevo in 1993.

Historically, Sarajevo is the city where World War I started with the assassination of archduke Franz Ferdinand in 1914. 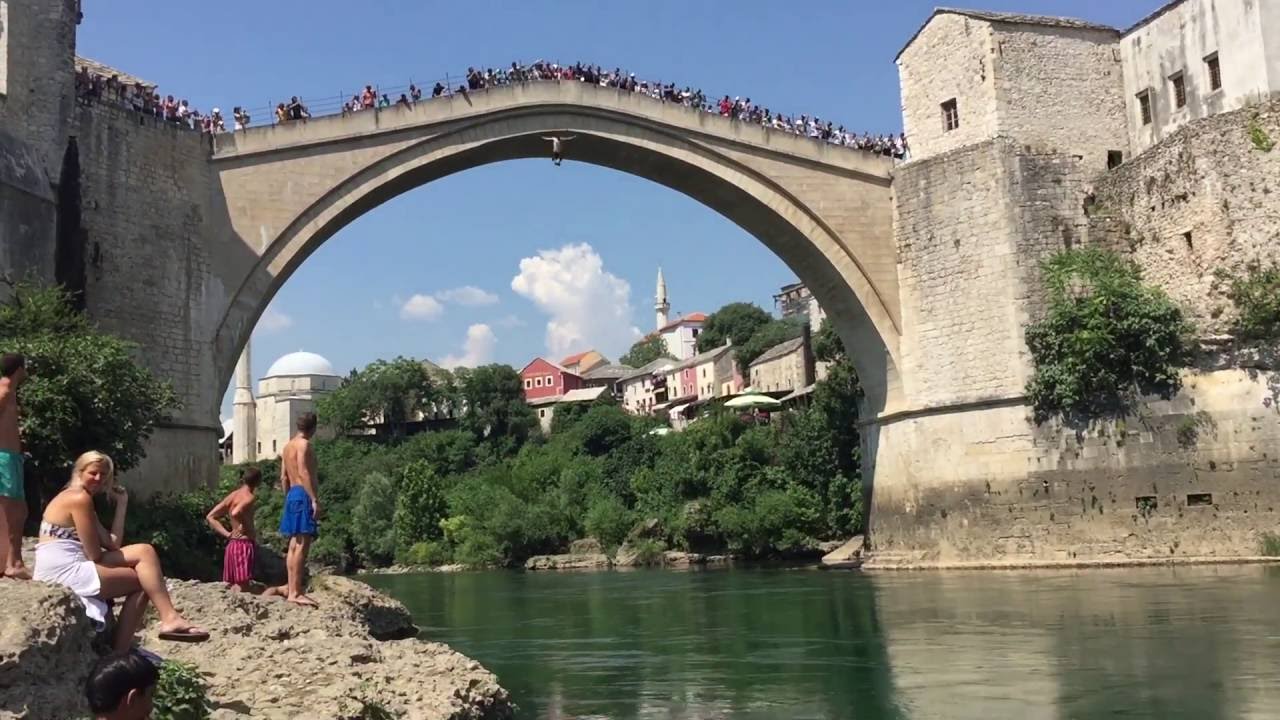 Mostar is the economic and cultural centre of the Herzegovina region. Famous for its Old bridge built in the 16th century. Mostar was named after the bridge keepers (mostari) that protected the bridge over the Neretva river during medieval times.

Other sights in Mostar include the Old Town, St. Peter’s and Pauls Church, the Spanish Square and more. 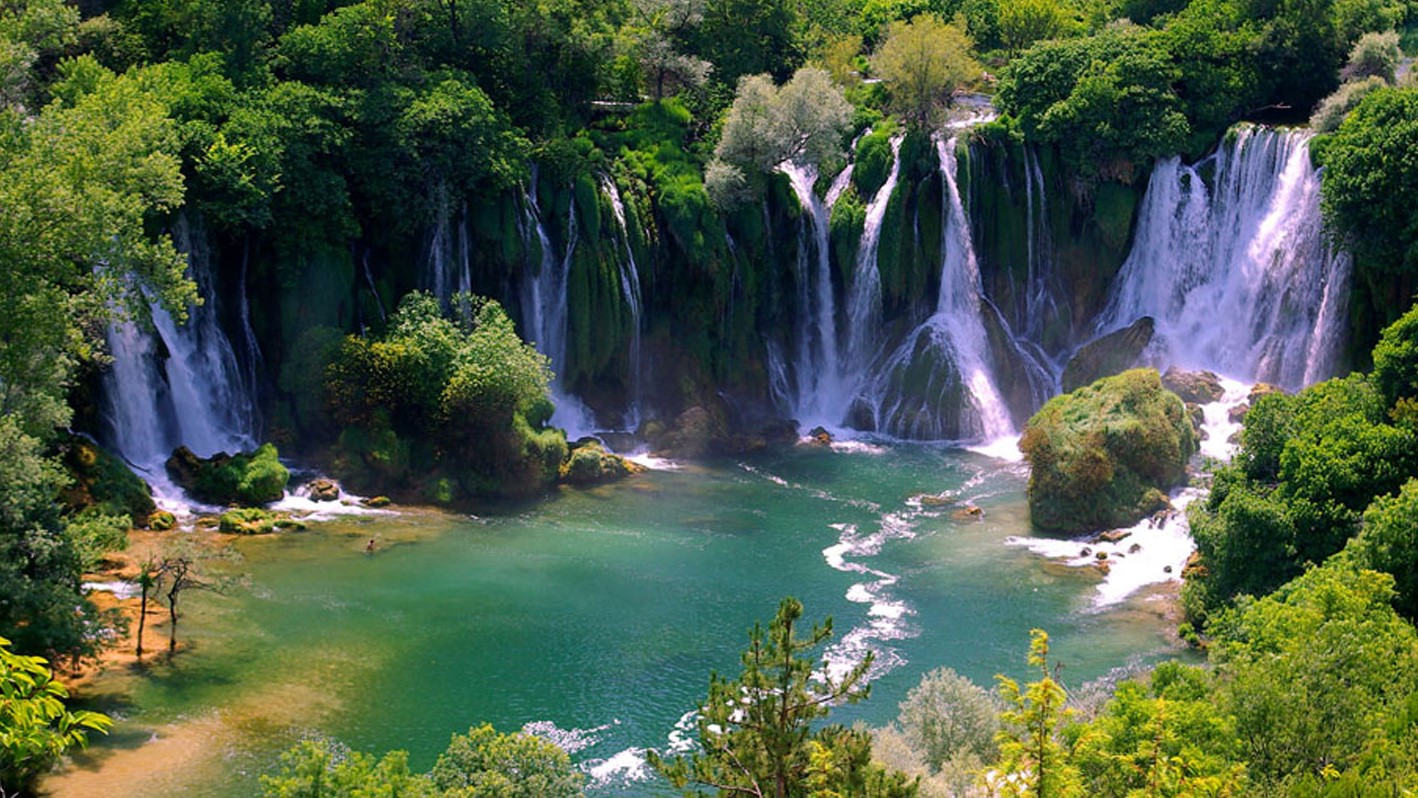 Kravica waterfall is a large cascade on the Trebižat River, in the karstic heartland of Herzegovina in Bosnia and Herzegovina. It is a short 20 minute ride from Medjugorje. Its height is about 25 metres and the radius of the lake in the base of the waterfall is 120 metres.

Kravica is a popular swimming and picnic area and, during the summer, it is frequently visited by tourists from Mostar, Medjugorje and Dubrovnik.

Dubrovnik is a Croatian coastal city on the UNESCO list of World Heritage sites. Often referred to as “the pearl of the Adriatic” Dubrovnik is a city of awe-inspiring beauty, fascinating history, and an amazingly preserved Old Town. 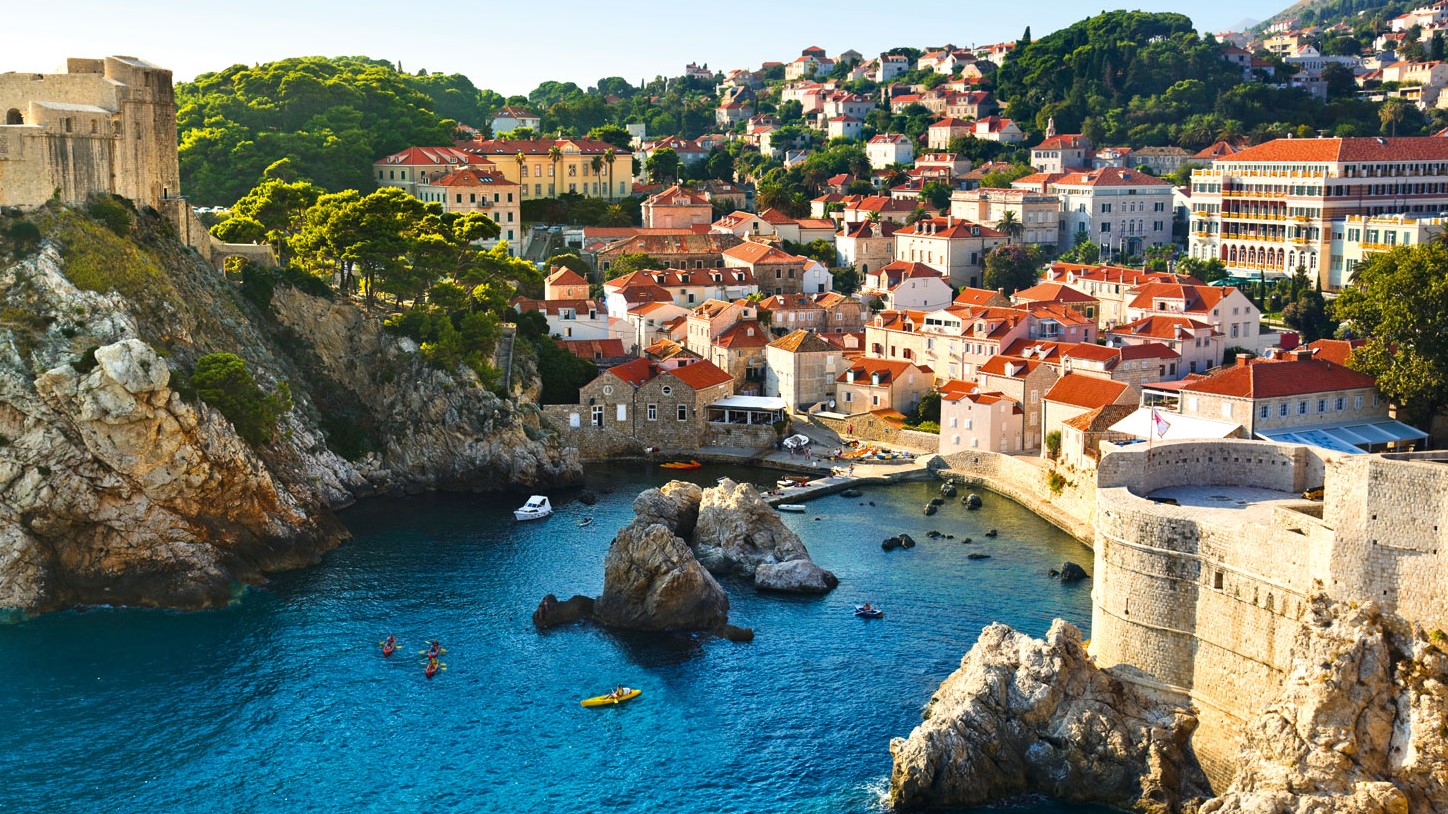 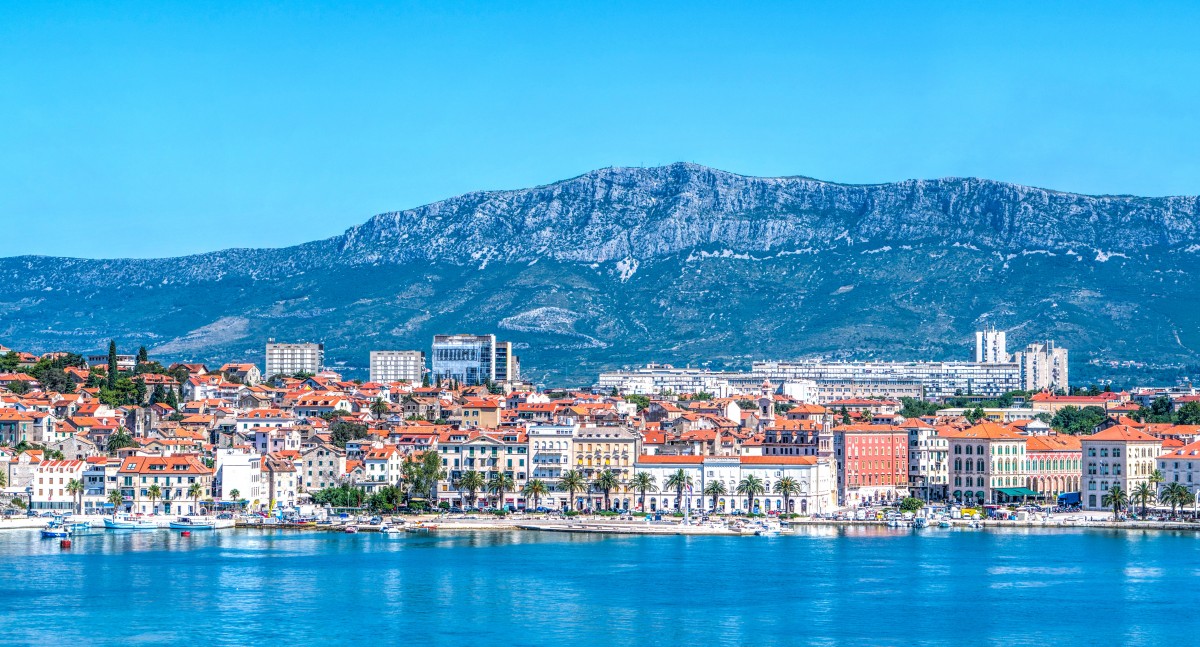 Split is the second-largest city of Croatia and the largest city of the region of Dalmatia. It lies on the eastern shore of the Adriatic Sea and is spread over a central peninsula and its surroundings.

Home to Diocletian’s Palace, built for the Roman emperor in 305 CE, the city was founded as the Greek colony of Aspálathos (Aσπάλαθος) in the 3rd or 2nd century BC. Going from being Roman, Byzantine, Venetian, Austrian, French, German, Yugoslav, it finally became, in 1991, part of Croatia liberated from Yugoslavia amid the Croatian War of Independence.

A 1,5 hours drive from Medjugorje, it is a beautiful city rich in Heritage, with museums and churches, highlighting its complicated and ancient historical roots. With its Mediterranean climate and beautiful beaches, it is a huge tourist attraction. 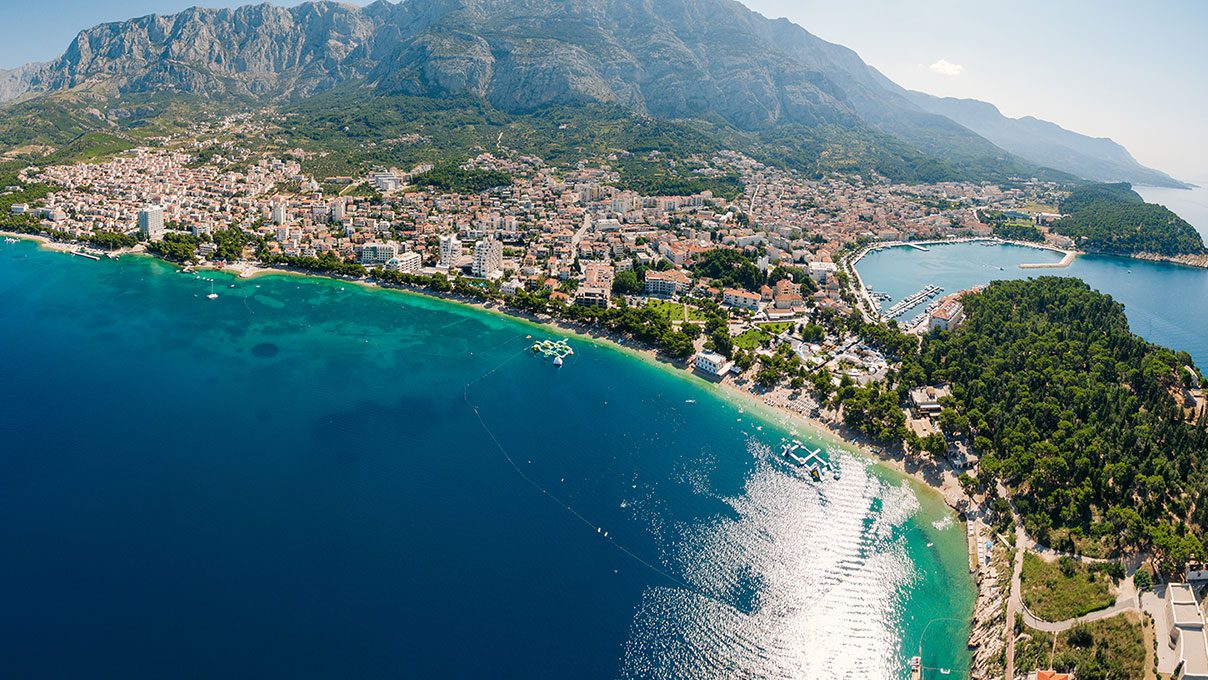 The Makarska Riviera stretches for 60km between the towns of Brela and Gradac with the main town being, of course, Makarska. The Riviera is one of the most famous tourist locations on the Croatian coast and is popular with visitors. It is also one of the most beautiful with a number of beautiful beaches, pine trees, sparkling water and peaceful bays.

The area is known for the impressive Biokovo Mountain, which overlooks the coastal area. Also home to a Marian Shrine Vepric, made in 1908, popular in its likeness to Lourdes, and all an hours drive from Medjugorje 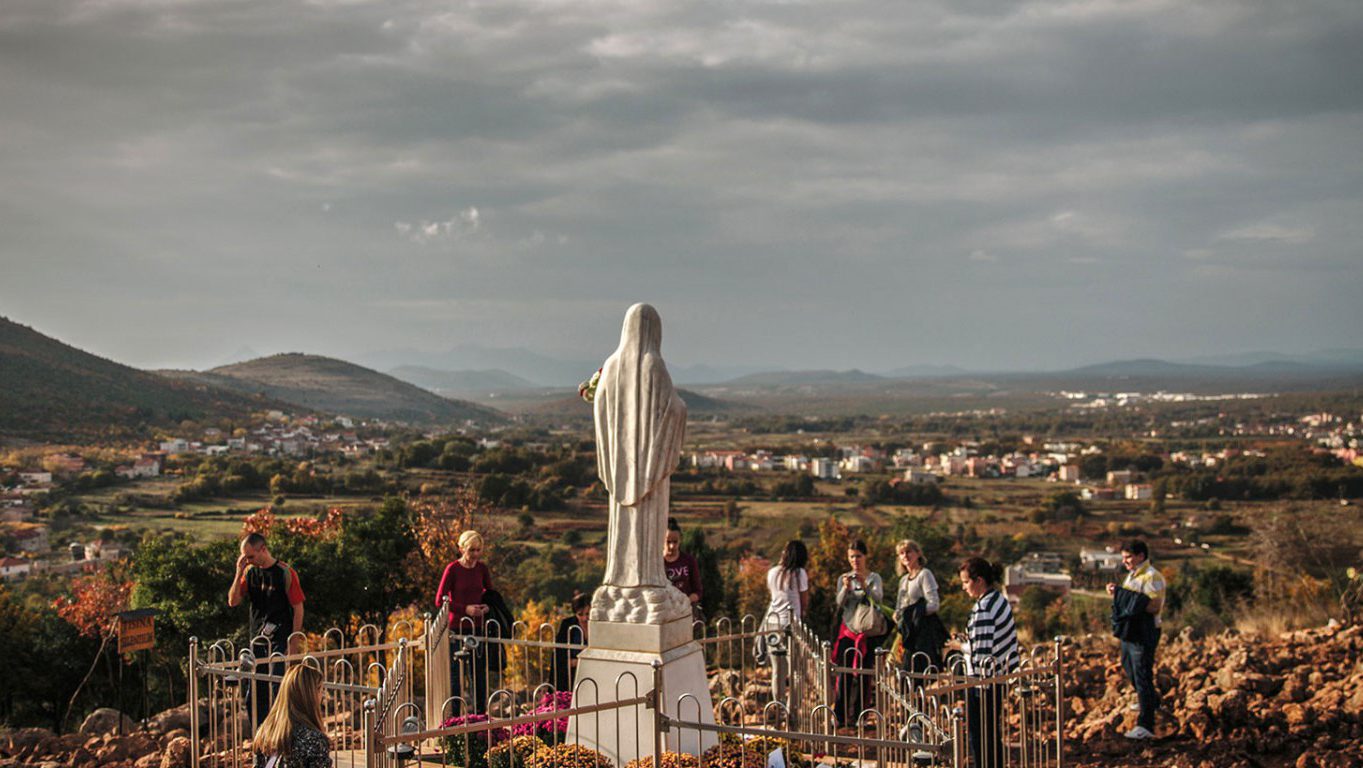 We work closely with the local guides and can help you arrange their services for you. Paddy Travel can help you find guides that speak English, Italian, French, German, Spanish, Croatian and more. They can give you a tour of any destination around Croatia and Bosnia and Herzegovina. 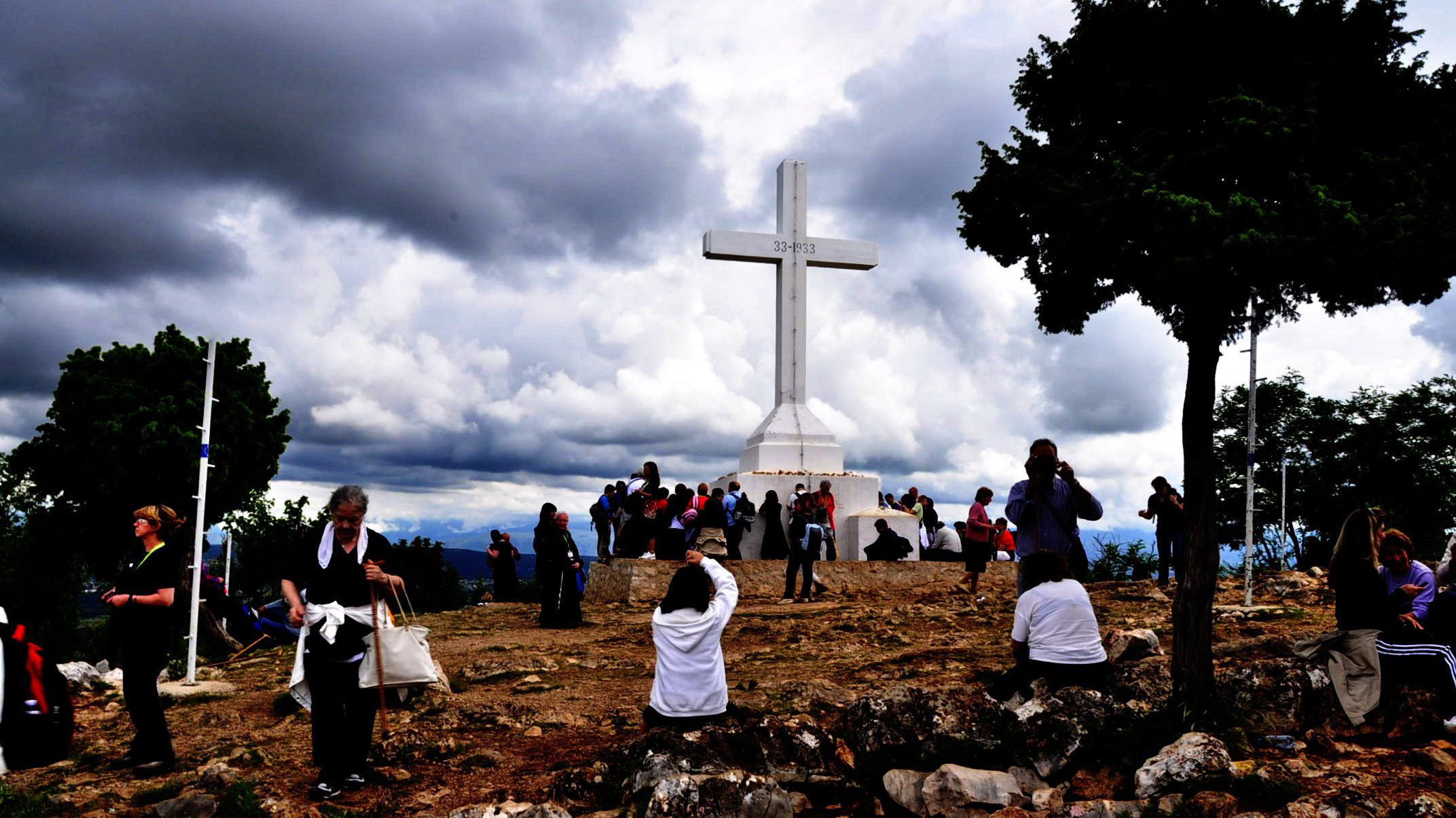 If you wish to spend some time in Medjugorje we highly recommend the Quercus hotel. This four-star hotel provides top quality service with modern comfort and a pleasant decor. Hotel Quercus is located only 10 minutes by foot from st. James church in Medjugorje.

Hotel Quercus boasts the professional and helpful members of the staff as well as good geographical position in Medugorje, making us a very attractive destination to travel to. 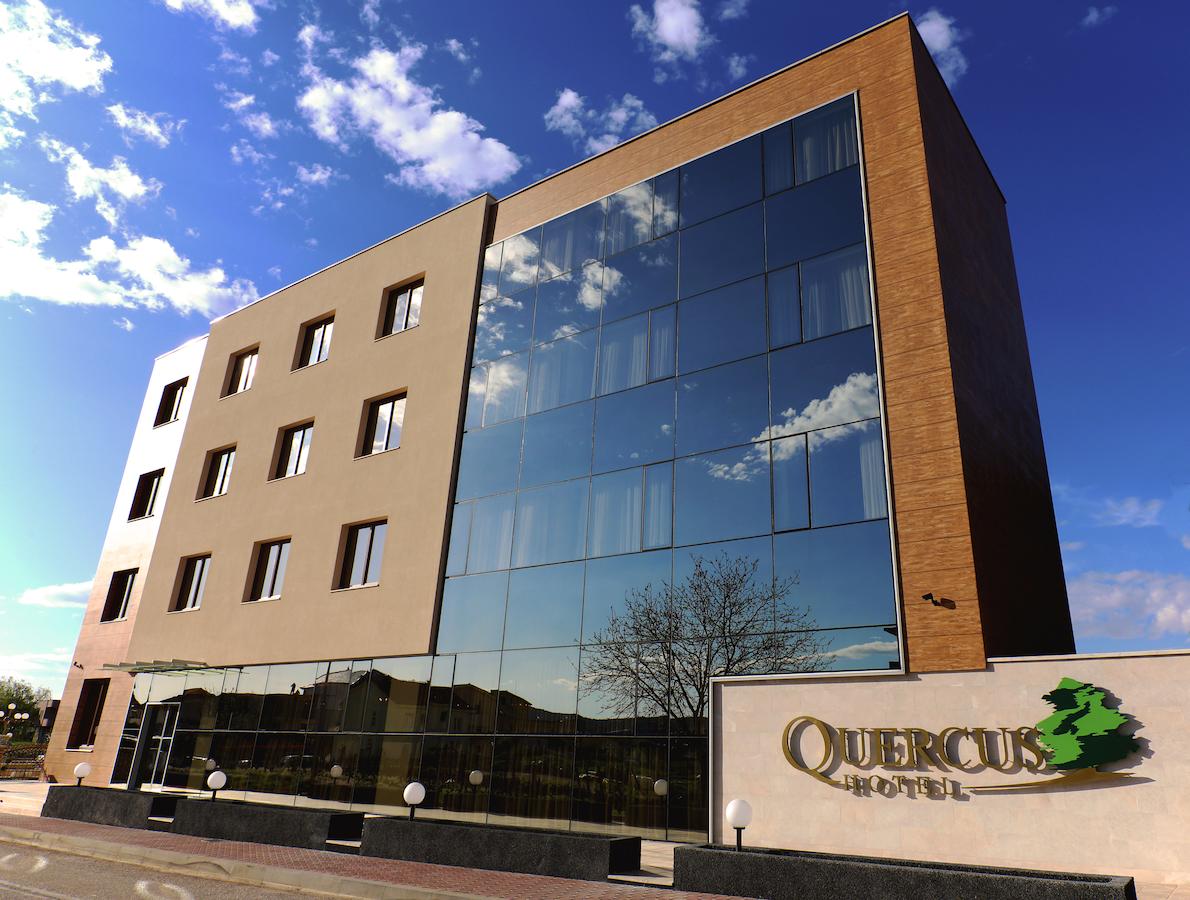 We offer fully adjustable tour packages with flexible pricing. These packages can include some or all of these services: accommodation, guides and transport.

If you decide to take advantage of all services for a tour, we will do our best to make your experience as memorable and care-free as possible.

We have substantial experience organizing tours all over Europe including tours to locations like Paris, Rome, Vienna, Zagreb, Venice, Barcelona, Madrid, Lyon.